Lunch on the Lonliest Road in America 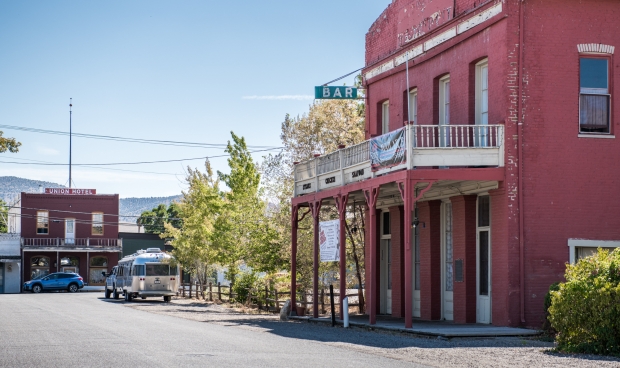 Lunch on Hwy 50-America's Lonliest Highway
The movie, “The Misfits” with Clark Gable and Marilyn Monroe was filmed in Dayton, Nevada and this building can be seen in the movie.

Dayton, Nevada lies at the mouth of Gold Cañon on the Carson River. It’s the site of Nevada’s first gold discovery and a contender for being the state’s earliest Euro-American permanently inhabited settlement. After gold was discovered in California, thousands of fortune seekers trekked West. Those following the Carson River Route often camped at the mouth of Gold Cañon (Dayton) while waiting for snow to melt in the Sierra Nevada.

Around the corner is the Dayton Taphouse, the oldest saloon in town where Marilyn frequented during filming. We stopped there for lunch and the food and service was excellent. Add Dayton, Nevada to your list of must visits.