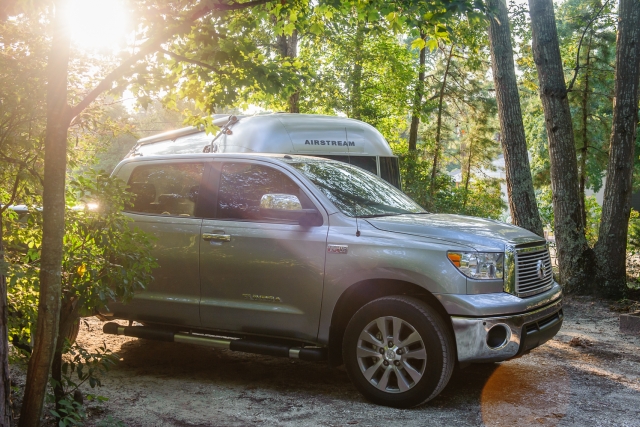 According to Toyota, the Made in America 2013 Toyota Tundra Crewmax Platinum with iForce 5.7L V8 will take your toys just about anywhere. Sounds good to me. 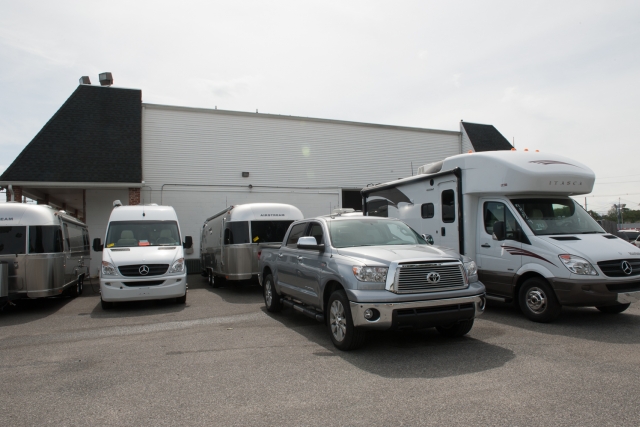 The Tundra Platinum edition is a great looking Silver Sky Metallic that matches our Airstream. It's a beast of a truck but ries and handles extremely well for the size. We had the front windows tinted to match the factory rear tint and added a black, Undercover Classic tonneau bed cover. The factory TRD dual exhaust note sounds pretty sweet if you like the sound of dual exhausts and makes it difficult to focus on gas mileage.

The legendary iForce 5.7L V8 engine delivers 381 hp and 401 lb.-ft of torque and is matched to a 6-speed automatic transmission—a combo ideal for heavy-duty towing. 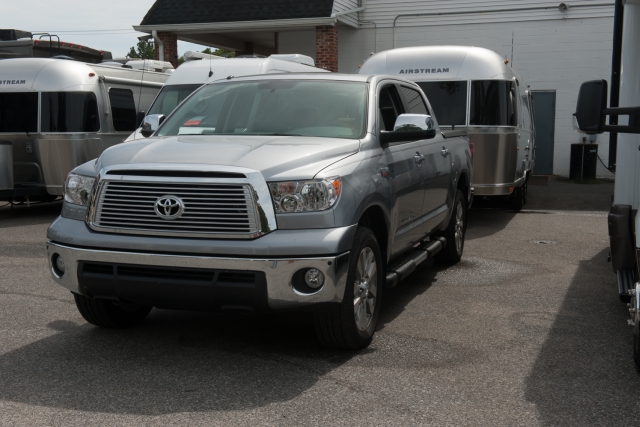 Unfortunately, the Toyota Tundra was not the right truck for us. A couple of months after purchasing it, we decided the dated interior of the 2013 Tundra was not a place we wanted to spend our time while traveling. Simple things like the location of the radio controls and Navigation system were located just out of reach of the driver. Of course one could always stretch to reach it, but why should one need to stretch to turn up the radio? The Tundra had no problem towing our Airstream but seemed to constantly shift gears on the Interstate. Even on level ground the transmission was in a constant state of searching for the right gear. Since we enjoy life on the road, we wanted a tow vehicle with more low RPM torque and less gear shifting.

To Toyota's credit, the 2014 Tundra interior was updated and has excellent looking ergonomics.

The Tundra was replaced with a new 2013 Ford F-150 Platinum EcoBoost.  Watch for an updated post with my impressions on our new F-150. In the meantime, here's a parting photo of our 2013 Toyota Tundra Crewmax Platinum. Best wishes to you and your new owner. 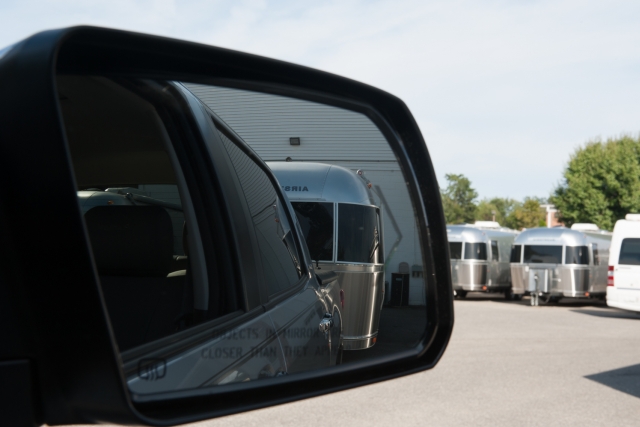