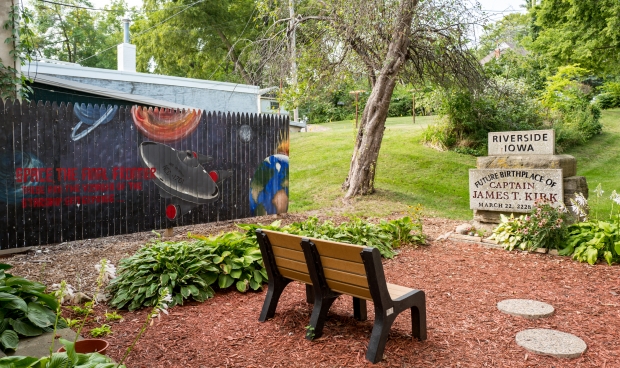 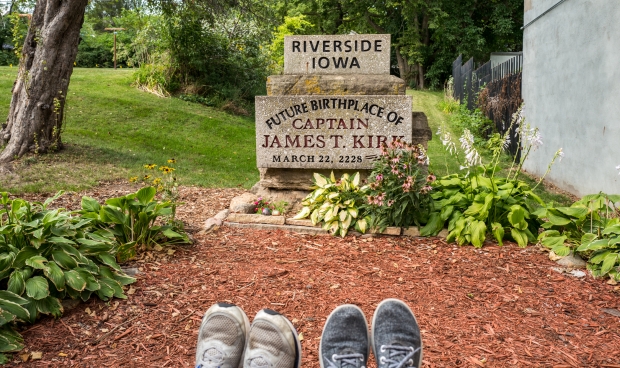 We found the exact location of Captain Kirk's future birth behind a hair salon in downtown Riverside. The gravity of what we found led us to sit and contemplate the future. Even Gadget seemed to appreciate the reverence of this other-worldly place. 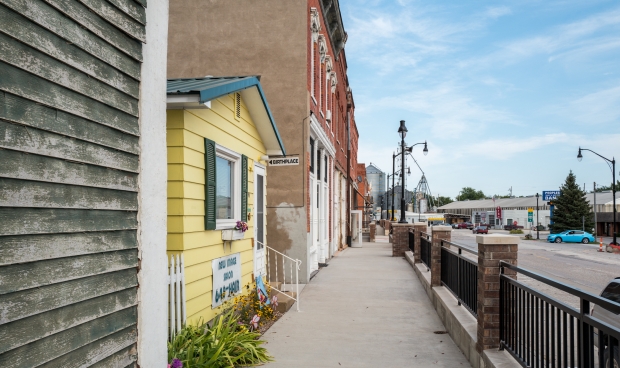 The future birth will take place behind this hair saloon

At a Riverside town council meeting in 1985, Steve Miller, a councilman and Trekkie, proposed that Riverside declare itself the Future Birthplace of James T. Kirk. The motion passed unanimously. In a 2009 Star Trek reboot movie, Riverside was identified as Captain Kirk's hometown. The entire town was invited to a special secret preview screening of the film in the nearest town with a movie theater, a day before its official release. 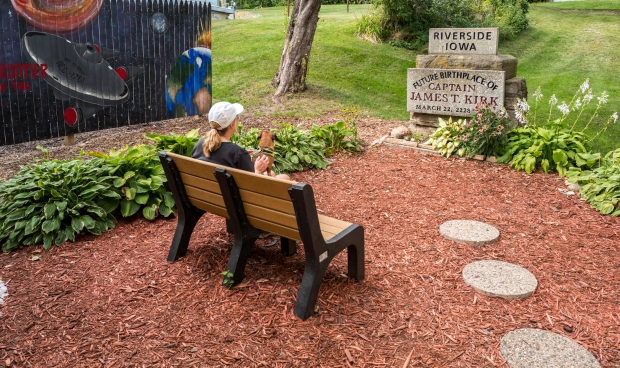 Janet and Gadget reflect on the significance of this place 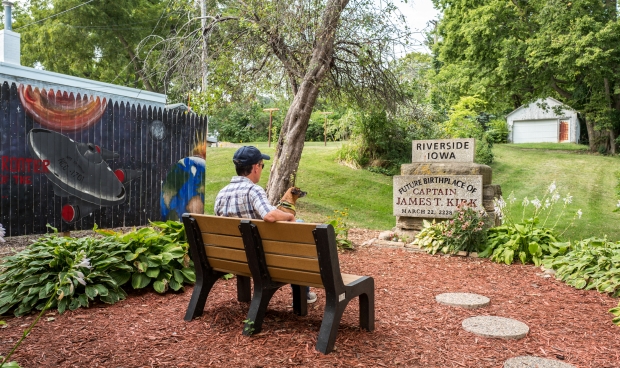 Terry attempts to grasp the gravity of the moment 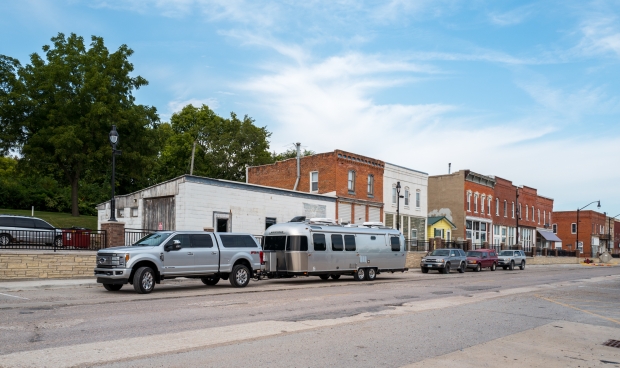 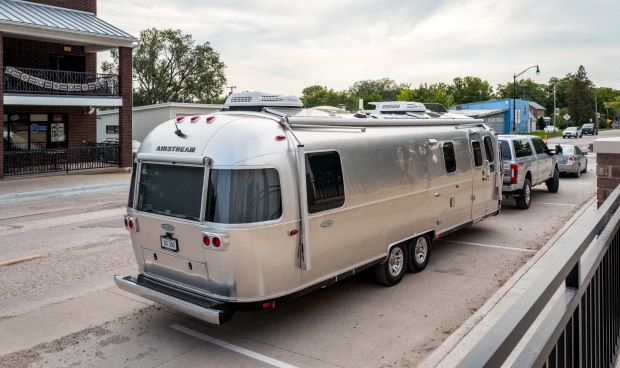 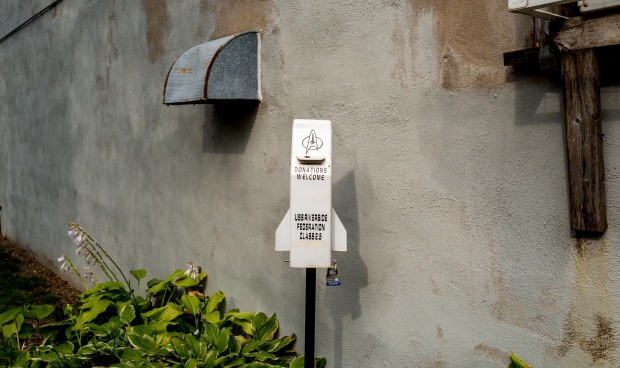 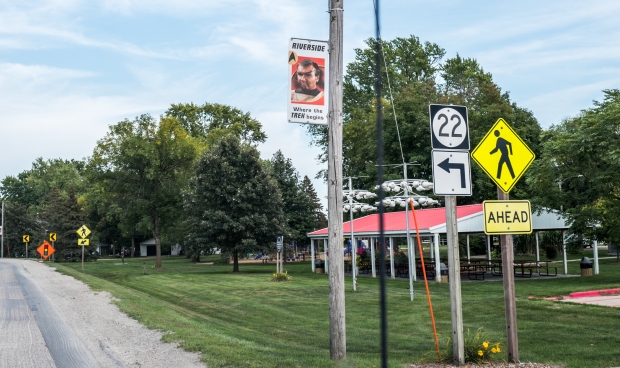 Riverside, Iowa is worthy of a Star Trek pilgrimage.