Standin' on the corner in Winslow Arizona 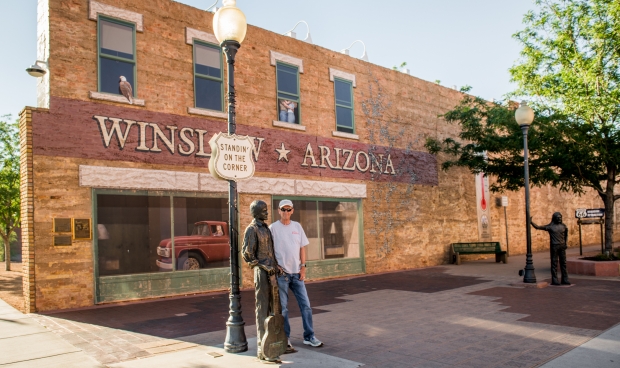 Winslow, Arizona was one of the top must-stop exits off I-40 on our first cross-country trip to the west coast in 2019. A few miles east of Winslow, we queued up "Take It Easy," cranked up the volume, hit Play and let it play on repeat until we reached the exit. Airstream travel is a blast. 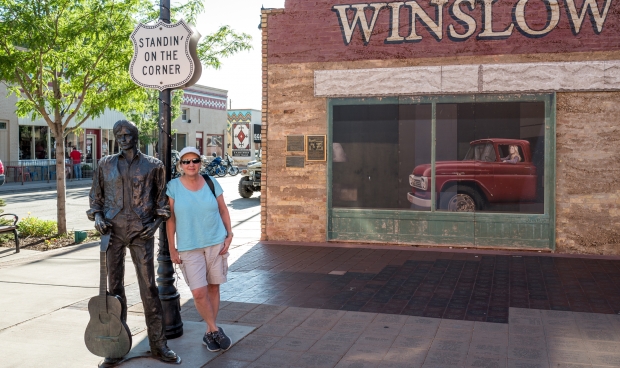 Janet standin' on the corner...

Standin' on the Corner Park is a public park in Winslow, Arizona, opened in 1999, commemorating the song "Take It Easy."

Written by Jackson Browne and Glenn Frey, “Take it Easy” was originally recorded by the Eagles with Glenn Frey singing lead vocals. It was the band’s first single and was released on May 1, 1972. The song was praised as the “best sounding rock single to come out so far this year…catchy, winding melody, intelligent, affirmative lyrics, a progressively powerful arrangement …” -- Bud Scoppa in his original 1972 Rolling Stone review. 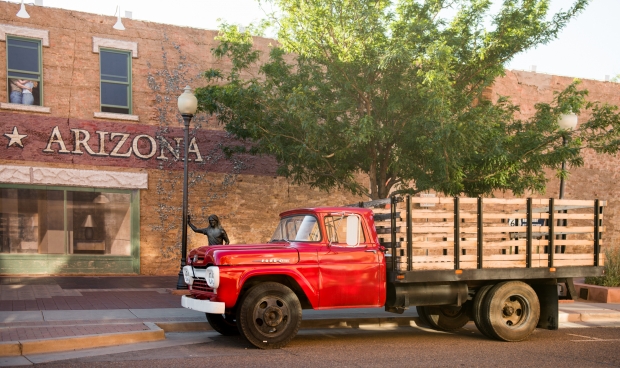 It's a girl, my Lord, in a flat-bed Ford 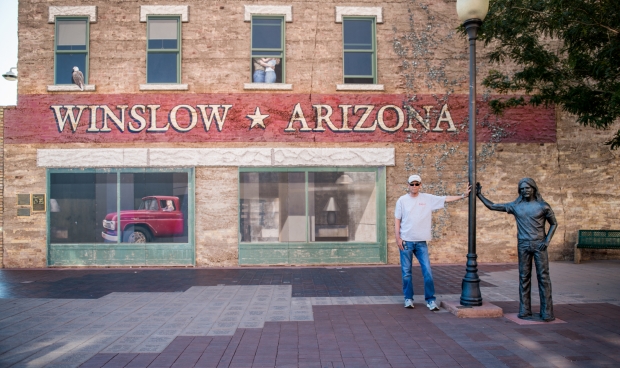 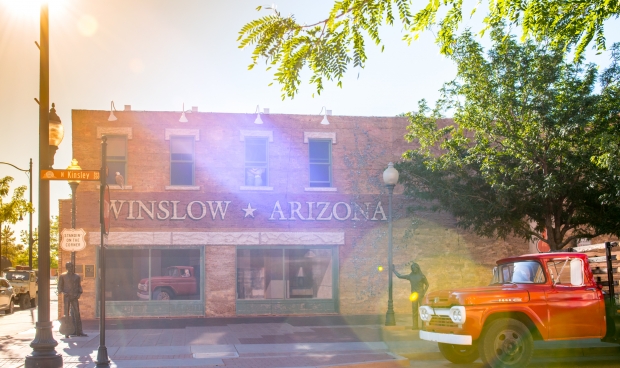 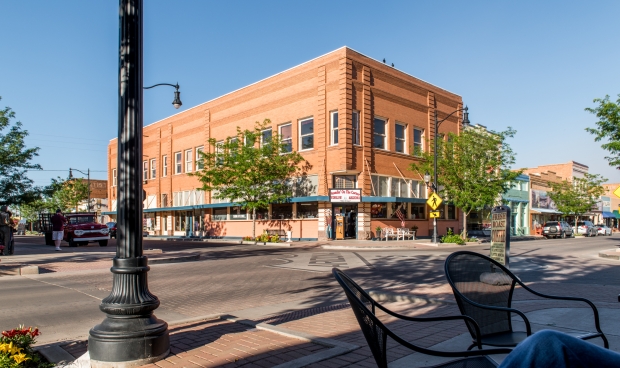 Admiring the scene at Standin' on the Corner 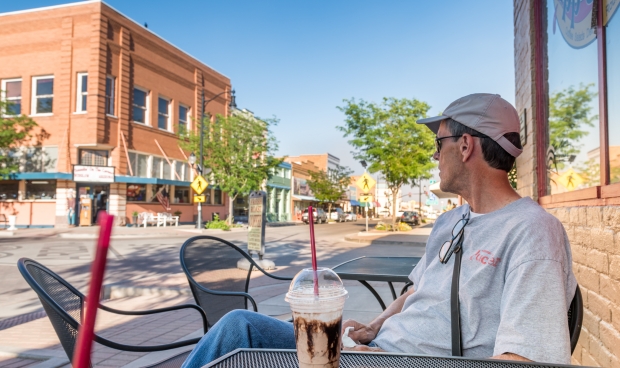 Savoring the moment from a sidewalk cafe 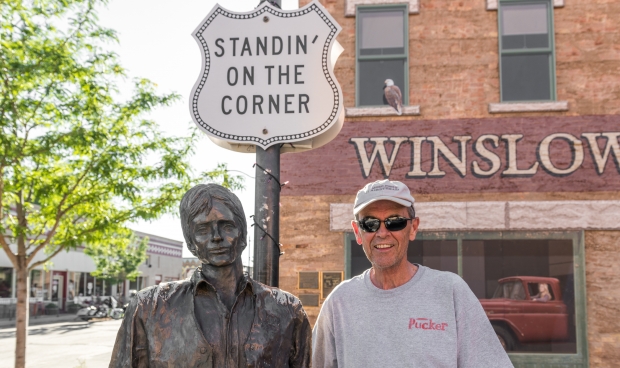 Visit Standin' on the Corner website to learn more.